Highlights from 'All That Is'

There are novels I call atmospheric. Where instead of following a story from motivation to motivation, I am enwrapped in a feeling that grows in intensity, fluctuates, becomes unidentifiable. This definition may be different from how others use the word to describe their reading experience. And in my case, authors of such books are, more often than not, one-offs.

After reading Norwegian Wood, I haven't touched another Haruki Murakami. Same goes with Anne Michaels and her Fugitive Pieces, as well as John Knowles with the lovely A Separate Peace. I thoroughly enjoyed them, but finishing their last pages didn't cause any lingering excitement.

James Salter belongs in the pool of exceptions. All That Is, along with its resigned mood, has provided enough plot and intriguing characters for me to bite into, and therefore a craving for a bit more.


His mother so liked talking to him, she could have talked to him every day. It was only with difficulty she resisted the impulse to hug and kiss him. She had brought him up from the day he was born and now, when he was the most beautiful, she could only smooth his hair. Even that could be awkward. The love she had given he would pass on to someone else.
[...]
...the many nights that now seemed a single night... (p 30)

It fit his character, the daring lover, something he knew he was not. (p 217)

Wells had married again sure of even less. He had seen a woman's leg and talked to her in the neighboring yard. They had run off together and his wife had formed her life around his. Perhaps it was a question of that, arranging a life. (p 346)

it's my blog's anniversary month and as coincidence would have it, here's a fitting epigraph from James Salter's All That Is: 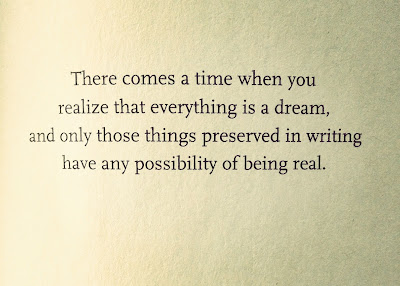