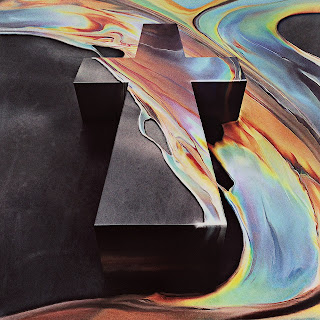 10. Hard and filthy are two adjectives Justice fans often use to describe the French electronic music duo’s sound; and in the fandom’s lexicon, they only mean the highest of compliments. My first encounter with Justice didn’t evoke such words, though. Rather it was, Wow-whoa-what is this-oh my Lord! There are layers upon layers of distortion, yes; there are heart-stopping drum beats, yes; but there are also the most appealing rhythm and melodies; and nothing that I would ever associate with noise. Truth is I find their sound akin to classical music. If you gave Let there be light (“Cross”) a violin arrangement, or Canon (“Audio, Video, Disco”) a full orchestra version, they could sit beside your “Bach for Barbecue” favorites.

11. November 18 was duly marked on my calendar. It was the release date of Gaspard Augé’s and Xavier de Rosnay’s third album, “Woman.” In September, Justice released the teaser single, Randy, which got me giddy with excitement. The mellow, melodious and radio-friendly number opens with a quick drum roll, which, if you listen to the entire album, kind of echoes a riff from the preceding track. This sense of continuity despite the variations in tempo and mood of each song has been present in all their albums and you have to appreciate the sonic experience it allows. I guess that’s why they’re great DJs — they know how to keep you on dance floor, if not at least keep your ears intrigued.

12. November 4 on BBC Radio 1 with Annie Mac. Gaspard and Xavier showcased a Party Playlist. They included The Paradise’s In love with you, which was also in their 2007 BBC Essential Mix. The Alan Braxe-produced song features Romuald Louverjon crying, “In love with you” over and over. When it finished, Annie asked the guys, “What is it about the French sound that is so French?” to which Gaspard replied, “I think the main ingredient is something very sad and happy at the same time… something naively romantic.”

13. In the same show, the Parisian duo shared that their biggest influences are pop music and love songs. Annie recalled their DJ set in Ibiza where, following Zane Lowe’s set, Justice played Donna Summer’s Dim all the lights. “It completely changed the mood,” said Annie. “You’re fearless about playing exactly what you want.”

14. If In love with you is a sweet surrender, Love S.O.S (undoubtedly influenced by the former) is pure helplessness. Here, Louverjon lends his vocals as well, and, as with the Alan Braxe track, the lyrics are economical. It begins with a siren, which stays wailing for a good two-and-a-half minutes and then quiets as Louverjon whispers, “L-O-V-E S.O.S. love” repetitively, as if fighting through the flatline; and the siren returns along with a richer musical texture. I have never had quite a physical response to music — and music alone (not the memory it exhumes or within a social context like parties) — until this song.

15. My assumption is, since English is not their native language, they’re more thoughtful about using it. Lyrics can be incomprehensible, outright weird and annoying, and I’ve stopped taking them seriously. I’ve always enjoyed Justice’s vocals-less numbers, but when they decide that someone will sing in a track, the voice is always part of a harmonious whole. And the words, they are simple enough to be meaningful in a way that mantras are; as in: “Use imagination as a destination” (Pleasure), “Music and lines, rhythm and melodies / so many nights, so many memories” (Stop), and “When you know you’ve arrived and it’s time / don’t shoot low, aim it high” (Randy).

16. Unlike its predecessors, “Cross” and “Audio, Video, Disco,” “Woman” starts off not with a pounding epic-scaled song (like Genesis and Horsepower) but with the dreamy, futuristic Safe and Sound. The space disco vibe is prominent in the album, especially with Pleasure, Stop, and Fire. Those craving grandiosity will find it in the seven-minute Chorus, which also has an element of gospel in it. And Alakazam!, as listeners have noted, picks up where Phantom Pt. 2 left off — the title may have suggested it, but that tune is like a magic spell’s beginning, middle, and aftermath.

17. Gaspard and Xavier (and granted many other artists) avoid talking about the science behind their art. I try to but fall short. So I’ll resort to more gushing instead. Justice crafted three studio albums in a span of ten years. Slow by popular standards. I don’t mind. I could live for a decade with “Woman.”