It's one thing to feel lucky for being able to do what you love (say, write) for a living and quite another to do it on your own terms (say, write about what you actually love the way you want to).

Browsing through my photo albums, I came across the beautiful images of Manila American Cemetary and Memorial. I was assigned to do a story on it for Rektikano Magazine and, to date, it's been one of my favorite published works. Below is the original/unedited draft.


We may need to have made an indelible mark on our lives, to have married the wrong person, pursued an unfulfilling career into middle age or lost a loved one before architecture can begin to have any perceptible impact on us, for when we speak of being ‘moved’ by a building, we allude to a bitter-sweet feeling of contrast between the noble qualities written into a structure and the sadder wider reality within which we know them to exist. A lump rises in our throat at the sight of beauty from an implicit knowledge that the happiness it hints at is the exception.


Among the many stories hidden under the grand narrative that is World War II is the story of the Sullivan brothers from Iowa. Francis, George, Joseph, Madison and William Sullivan signed up for the navy. When the recruiter told them they had to board different ships, the oldest Sullivan said no. “Either you have us together or not have us at all,” he insisted, and on to the war they went, travelling in one ship.

In September of 1943, the ship carrying the Sullivans was hit by a Japanese torpedo. Three of the five brothers instantly died while two hung on a life raft with the other passengers. One of the two brothers was so weak that he had to let go. The remaining Sullivan, after seeing each of his brother die, decided to let go himself and sink to his death.

Back in Iowa, Mr and Mrs Sullivan opened the door of their house to two Navy officers wearing a grave expression on their faces. The Sullivan parents, knowing what this all meant, asked, “Which one?” And the Navy men answered them with the fact: “All of them.”

The night was spent in national mourning. President Roosevelt phoned the Sullivans’s parents to apologize and give his condolences. Days later a law exempting siblings of men who already died in the war was passed.

When the war ended, the American government inquired the relatives of those who died if they wish to have the remains of their loved ones sent back to their homes. Most agreed, but the others suggested burying them with their comrades in arms. The suggestion prevailed and 14 military American cemeteries around the world were built and administered by the American government, one of which is the Manila American Cemetery and Memorial in Fort Bonifacio (then Fort William McKinley), Metro Manila, the largest and the only one in the Pacific.

17,502 marble crosses are arranged in concentric rows in the memorial. The names on the crosses face outward. Of these remains, around 3,000 are un-identified—but only by humans. On their crosses is a poignant inscription: Here rests in honored glory a comrade in arms known but to God. The un-named are interspersed with the named, signifying how they are all equally remembered. About 20 to 40 bodies were interlocked and could not be dismantled that they had to be buried together. On the cross they share is the inscription: Here rest in honored glory two comrade in arms. Whether they were intertwined in an embrace or in a last effort to protect one another, only they and God knew.

There are, however, those who had nothing left of them but their names. 36,285 bodies were still missing after the war, the five Sullivan brothers included. For them, two hemicycles containing 24 pairs of travertine fin walls were erected. Their names chiseled for posterity on the walls.

Every now and then bodies or parts of bodies of these brave souls are discovered. A rosette is placed beside their name to indicate that their remains have been found.

John Silva, an arts and culture consultant and advocate, is a passionate story-teller. Roughly nine months ago, he started giving tours at the Manila American Cemetery and Memorial. In his first few tours, he received a question which surprised him: “John, those crosses, those are just crosses, right? There are no bodies there?” Silva replied: “There are.” Equally surprised, and unsatisfied, by the answer, the guest clarified once more: “I have a condo nearby and the sales agent said that there are no bodies there. There can’t be, because that’s bad feng shui.” Silva asserted that human remains are buried under the grounds, and when he thought the concern was over, the same question was brought up by different guests in succeeding tours.

Disturbed with misconception and false information spread about the cemetery, Silva wrote pieces about it. Later on Silva received another surprise, but this time to his delight. A Chinese grandmother with her grandchildren were with him in one tour. He recounted the anecdote about people fearing dead bodies near their condominium, to which the grandmother replied, “That is really stupid.” She explained, “These are neither swindlers nor thieves, these are heroes. If I had a condo there, I would have all my windows face the cemetery, because then my grandchildren would follow their patriotism.”

With his own father joining the war, John Silva has both the knowledge and experience to rekindle and magnify his guests’ appreciation for history. The history of the cemetery, the war and Philippine history, and his own history are one. This is what his tour is indirectly narrating—that our histories are never isolated tales, rather they are strands of one fabric, and that tales are sometimes best preserved in stone structures and landscapes.

Silva mentioned that “we Filipinos unfortunately know the history of the dying and the dead. We know about the execution of Rizal and the fall of Bataan. But we never talk about what they did exactly and what happened.” To fill in this gap, artist Margaret Bruton was tasked to design a map that would tell the story of World War II. Bruton had to create visually aesthetic and comprehensible maps that would “encapsulate everything we should be proud about in Philippine history,” John said. “What did we contribute to World War II?” he added. The maps can be viewed—and read—in the rooms at each end of the hemicycles.

In between the two hemicycles is a secular chapel. Inside it is what Silva described as Margaret Bruton’s “magnum opus”: walls covered with stone mosaic up to the ceiling, with images of a female figure, flowers and inscriptions. One inscription reads, “To their memory their country brings its gratitude as flowers forever living.”

When biddings opened on who would design the cemetery and memorial, Gardner Dailey of San Francisco won the bid with his vision of a flowing and open architecture inseparable from nature. According to Silva, Dailey stated in one line of his prospectus that he will make sure he will plant flowers that will blossom throughout the year, so that there will always be something to offer to the departed.

“All trees were planted exactly where Dailey wanted them,” John Silva shared. For four years since 1955, Dailey oversaw the building of the cemetery, agonizing over every small detail—from the materials of the fin walls and the crosses to the grass. “Aesthetically, I find this one of the most beautiful cemeteries and memorials in the world. And I’ve been to many,” said Silva. He further shared, “When it was opened, everybody thought this was the most incredible place to be. Daily became the toast of the town.” He received rave reviews and he was brought to Malacañang to receive high honours from then president Carlos P Garcia.

But all good things come to an end, they say. Gardner Dailey went back to San Francisco. He was sixty years old and his marriage was crumbling. To add to that, he was not able to get any more works commissioned considering the emergence of new and younger architects.

“The last thing he wanted to do,” Silva narrates, “was join the prestigious American Institute of Architects” as a way establishing his place in architecture. He submitted the American Cemetery and Memorial as his work of art, but he was rejected. Silva continued the already sad story with a sour end: “One day he goes inside his car, drove to the Golden Gate Bridge, parks it, then jumps off the bridge.”

Hearing the news, the Philippine Institute of Architects honored him posthumously with a membership. “It was their way of saying thank you,” Silva noted. And on his part, throughout his work in the cemetery and memorial, Silva was pushing to have small brass plaque recognizing Gardner Dailey and his contribution. “But the American government was very picky,” he said, “for them this memorial is for the soldiers not for the architect.” While Silva understands this, he also understands the importance of what on the surface is mere art. The carefully designed landscape and sculpted stones, the staff of 30 people cleaning more than 52 hectares of land every single day—these are tangible and lasting means of honoring those who could easily be forgotten heroes.

“If you were to die for a country and be honored like this, I wouldn’t mind,” Silva said sharply. “I am always touched when I’m here, and that has to do with its creator, Gardner Daily,” he said in a much tender tone.

When it was still in its state of completion, John Silva and his sister used to visit the place when they were still kids. “We lived nearby and we would walk all this forest where you hardly saw the sun. I had my model airplane and I would let it take off while my sister with her books and dolls would read and play. We’d spend the afternoon here without the guards minding us because we were just two crazy kids. The beauty in all this for me is to be back in a place which remains the same years and years later. The only change is that the trees grew taller.”

One enters the Manila American Cemetery and Memorial as if they have altogether left Metro Manila, where much living happens. As one walks along its grounds, a lump rises in their throat, because grandeur and grief rarely share a space. Like its beauty, our appreciation for those who put their bodies on the line ought to remain the same throughout the years, if not grow deeper as the trees grow taller.
By Razel Estrella
Catalogued: Death else love Place 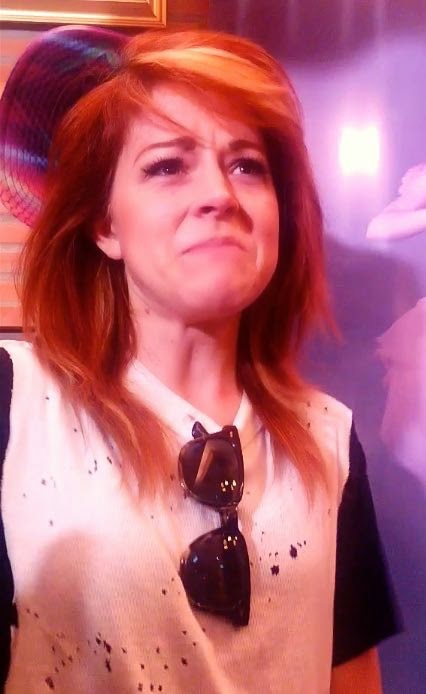